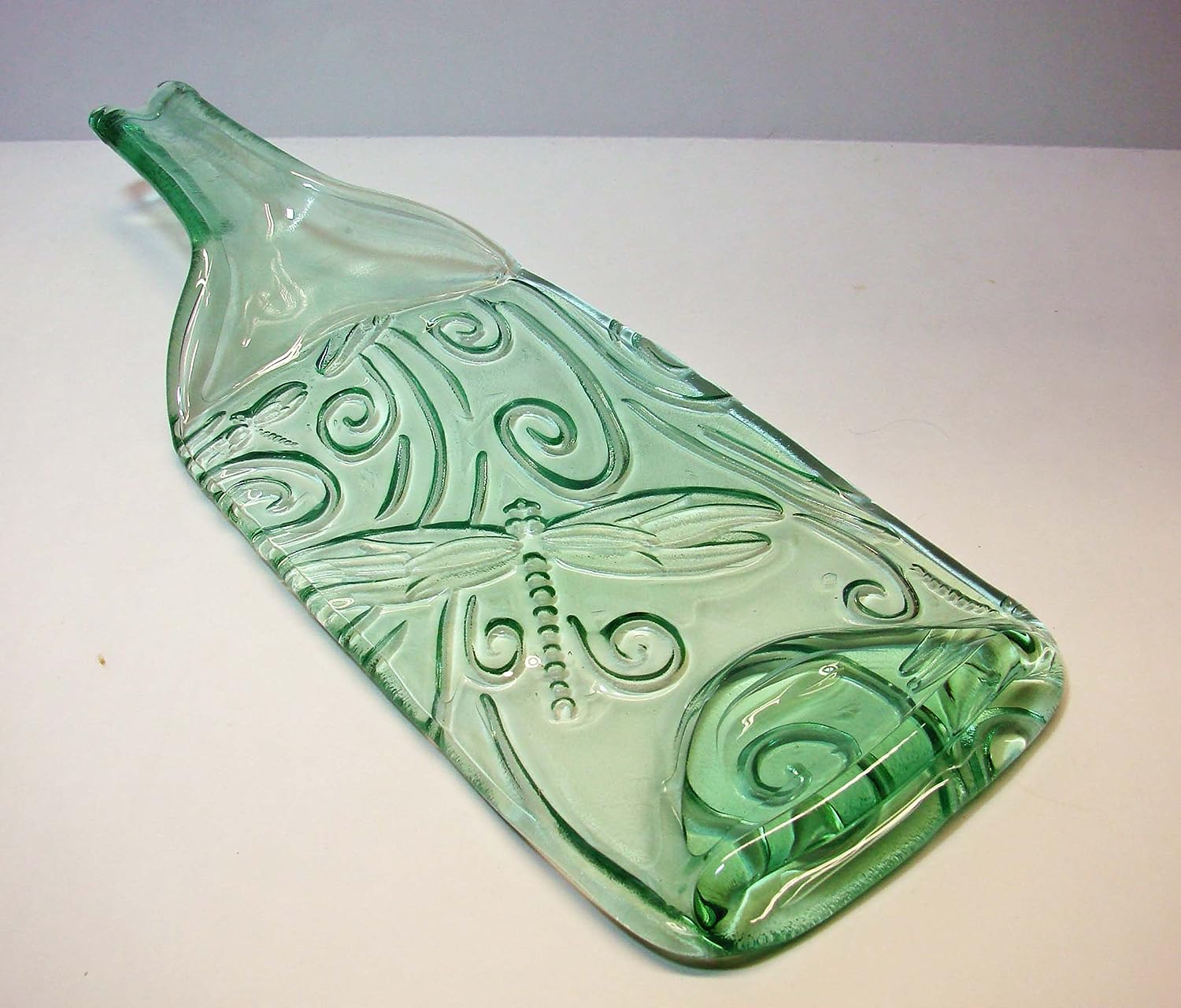 This is a green tint 750 mL wine bottle that I placed on a mold inside my kiln and heated to 1480 degrees F. As it melted the dragonfly and swirls design on the mold embossed into the bottle. It can be used for votive candles, as a decorative bowl, serving tray... the possibilities are endless. The neck of the bottle is raised for serving ease. I offer this design in yellow, clear and light green.
Dimensions: 12" by 4 1/2"

This item is in stock and ships USPS Priority Mail.

This music has been used in an ad for Ranvo Aluminum Foil, Baking Tin Foil Thickened BBQ Aluminum Foil, which talks about the benefits of this drug for the treatment of erectile dysfunction.